Adobe has announced they are dropping development of the popular Flash plug-in for mobile browsers. They will continue to provide security updates and critical bug fixes for existing hardware and software configurations including Android and Blackberry Playbook.

Adobe is expected to axe 750 jobs as it shifts focus from mobile Flash development to aiding designers and developers of mobile Flash apps to migrate to open HTML5 using Adobe Air runtime which supports a wide variety of plug-ins and platforms.  Adobe stock dropped 10% by 9:30 am following the announcement.

Flash was developed over a decade ago and designed with the desktop PC in mind. The shift to smaller, mobile devices has highlighted some fundamental problems with Flash: Notoriously high cpu usage which drains batteries and causes problems with overheating. There are also problems with apps designed for a pointy-clicky mouse verses the modern touchscreen interface.

HTML5 provides audio, video and other feature rich browser components with lower cpu usage and supports the capacitive touch-sensitive screens used in these smaller, low power devices such as phones and tablets. 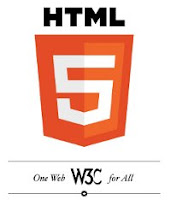 According to the Adobe Blog,


"We will no longer continue to develop Flash Player in the browser to work with new mobile device configurations (chipset, browser, OS version, etc.) following the upcoming release of Flash Player 11.1 for Android and BlackBerry PlayBook. We will of course continue to provide critical bug fixes and security updates for existing device configurations."

Flash is pervasive on the web, to both the delight and frustration of mobile phone and tablet users. The move to HTML5 is better suited for this new generation of small, low powered devices. With more than a third of the worlds top 100 websites already implementing HTML5, this paradigm shift has already begun.