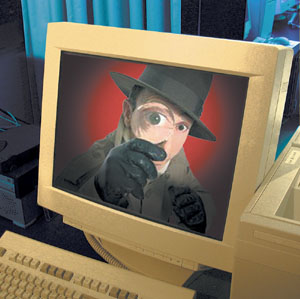 In a battle of behemoths, a group of the largest Internet companies is moving forward with a law suit against the Obama Administration. Following an outcry by customers, they are suing to release specific information on the data they provided to national security investigators about users.

Finding a balance between security and privacy which is acceptable to all parties has proven frustrating and negotiations between the US Government and the Internet giants have broken down.

According to this report, Microsoft announced they are moving forward with the suit which allows more transparency on the information that has been shared with the National Security Agency. They deny reports that they allowed government access to their servers or provided widespread access to users data and communications.

Faced with secret subpoenas and non-disclosure orders by the Foreign Intelligence Surveillance Act (FISA), companies have been limited as to what they can disclose publicly about government requests for information or their compliance. The recent leaks regarding corporate co-operation in these investigations has led to wide spread concern among users about how much and what information is being shared with federal investigators.

Microsoft General Council, Brad Smith said, "With the failure of our recent negotiations, we will move forward with litigation in the hope that the courts will uphold our right to speak more freely,”

Colin Stretch, General Council for Facebook stated, “We are deeply disappointed that despite months of negotiations and the efforts of many companies, the government has not yet permitted our industry to release more detailed and granular information about those requests.”

James Clapper, Director for National Intelligence has stated that the US Government will soon release more information on its intelligence gathering practices. Many are skeptical that government will be willing to provide meaningful answers to the public privacy concerns. As Google responded in an emailed statement:


"While the government’s decision to publish aggregate information about certain national security requests is a step in the right direction, we believe there is still too much secrecy around these requests and that more openness is needed. That's why we, along with many others, have called on the U.S. government to allow us to publish specific numbers about both FISA and NSL requests."

As more disclosures show massive and often illegal collection of data by the FISA court and internet companies, Google, Microsoft, Facebook and others are trying to reassure nervous users that they are capable of protecting personal information while still complying with reasonable and specific government requests for information.
Posted by Michelle Blowers at 1:23 PM No comments:

Saudi Death Toll Rises to 76:
The Saudi Health Ministry has announced that 76 people have died so far from the MERS virus which has health officials on alert in the Middle East, Europe and indeed worldwide.

MERS (Middle East Respiratory Syndrome) was first reported in 2012 in isolated clusters on the Arabian Peninsula. It was still unknown if the virus could be transmitted by personal contact. At that time, there were about eleven known cases of the virus, five fatal.

Human to human transmission was confirmed in March, 2013 with the infection and death of a man in Britain. By then, the number of cases had increased to fourteen with eight fatalities. April and May saw a total of 23 infections in eastern Saudi Arabia.

The death toll rose as the disease spread, and by mid-August the numbers had jumped to nearly a hundred total confirmed cases with 46 fatalities. Saudi government officials now report the infection has claimed at least 76 lives in that country alone.

In a more optimistic sign, no new cases of MERS have been reported in Saudi since August 1, 2013 despite thousands of Ramadan pilgrims visiting the country during July and August. Countries are advised to be alert for signs of acute respiratory illness in people having recently returned from the area.

CDC Funds Efforts to Increase Local Monitoring:
The CDC (Center for Disease Control and Prevention) has awarded nearly 76 million dollars to assist state and local communities to beef up epidemiology and laboratories to better identify, track and respond to possible outbreaks of infectious disease. This is in addition to the 13.7 million dollars which was dispersed to local agencies in January, 2013.

The money will be used to hire more than a thousand full and part time epidemiologists, laboratory technicians and health information systems personnel. Noting that many outbreaks of infectious disease are first identified at the local level, the announcement states:

More information on funding for specific states is available at this CDC website.

See MERS Watch for updated information on this topic.
Posted by Michelle Blowers at 3:48 PM No comments:

Several health organizations, including The Center for Disease Controls (CDC), The World Health Organization (WHO) and The European Centre for Disease Prevention and Control (ECDC) have issued new guidelines or updated information regarding the dangerous MERS virus which has killed 45 people in the Arabian Peninsula and southern Europe, with the majority of deaths in Saudi Arabia.

Increased Testing for MERS Recommended:
The CDC updated its advice to health professionals, advising them to increase testing for MERS, including in those who meet specific epidemiological and clinical criteria even if those illnesses could be explained by another cause. They also recommend testing for the virus in clusters of severe acute respiratory illnesses, even when there is no apparent link to other MERS infections.

Nations Watch for Outbreaks as Ramadan Pilgrims Return From Saudi Arabia:
To date, 94 cases have been laboratory confirmed, with an additional sixteen unconfirmed.The WHO reports that new infections are still occurring in the Arabian Peninsula but there have been no known exported cases for several months. They urge vigilance however, as thousands of Ramadan pilgrims have recently returned from Saudi Arabia. Ramadan ended on August 8.

Update 08/16/2013:
In a possibly ominous sign, a forty year old man in Mumbai, India is suspected of contracting the MERS virus after returning to India from 35 days in Saudi Arabia. He is currently quarantined at Kasturba Hospital in Chinchpokli while testing for the virus is being conducted.

Update: 08/18/2013: The suspected case from India (above) has tested negative for MERS. He is responding well to treatment and will be released soon.

Majority of Saudi Cases Spread Through Human Contact:
In response to a recent report that camels may be spreading the virus, the ECDC issued a statement cautioning that no clear link has been found. In fact, most of those infected had no known contact with camels or other animals.

Much of the spread of the disease appears to be through human contact. According to this article from the New England Journal of Medicine, 21 of 23 confirmed cases in Saudi Arabia were caused by person to person contact in three different health care facilities and among family care givers.

See MERS Watch for updated information on this topic.
Posted by Michelle Blowers at 7:13 PM No comments: